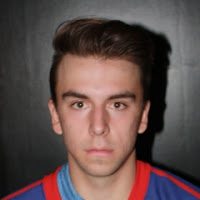 The Melville Millionaires coming off a 11 day break didn't show any rust at all on Wednesday night as they won their 2nd straight defeating the Weyburn Red Wings 3-2 in overtime.

After a back and forth start to the game, the Mils would finally strike at the 15:41 mark of the 1st as a nice low point shot from newcomer Cole Thompson would produce a big rebound out to 20 year old Tyler Millar and he would bang home his 3rd goal in as many games to give the Mils a 1-0 lead after 20 mins. Shots were 9-6 Melville.

In the 2nd, the Mils would once again get the only goal and it wouldn't come until the final minute as after a mad scramble in front the puck would wind up on the stick of Tucker Chapman and he would slap home his 2nd of the season by Arik Weersink to give the home team a 2 goal lead after 40 mins. Shots still favoring the Mils at 18-14.

The Red Wings would start their comeback in the 3rd as first up on the PP, Captain Mike Eskra's long point shot would beat Connor Dochuk shortside for his 4th of the year to make it a 1 goal game. They would even it up just 2:10 later, as Jordan Kazymyra would finish off a nice passing play from Ben Hiltz and snipe home his 4th to make it 2-2 and send it to overtime.

In the overtime period, it would Sherwood Park, AB product Ethan Kopychyn (pictured above) with a goal of the candidate as he undressed the Red Wing defender and went forehand, backhand shelf bar down to give the Mils the extra point.

MJHL (2)
Noah Basarab, Matt Osadick and Keaton Jameson each had a 1G 1A to the Swan Valley Stampeders to their 5th win of the season a 5-4 decision over the OCN Blizzard.

Trevar Mann and Dawson Waddell also scored for the Stamps while Brett Evans made 23 saves in the victory.

Brody Dale had 1G 2A to lead the way for the Blizzard.

The Stamps next game will be on Saturday night when they visit the Winnipeg Blues at 7PM MB time.