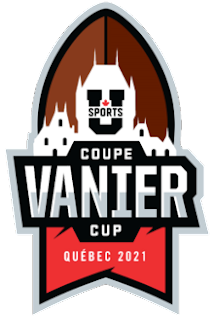 The mind-set for the Saskatchewan Huskies football team was to treat this week like any other week as they prepare for their first appearance in the USports Football's National Championship since 2006, this Saturday against Western Mustangs.

"Yea that kind of been the message all week as we prepare for Saturday, is to take it one day at a time, and one play at a time, and focus on playing Huskie football," said Huskies left tackle and Langenburg product Noah Zerr.
The Huskies advanced to the 56th Vanier Cup in Quebec City, after a 14-10 win over the Montreal Carabins' in the Uteck Bowl last Saturday, while the Mustangs hammered St. FX 61-6 in the Mitchell Bowl.

"We just kinda stuck with it all game long, and stayed connected and focused knowing we would eventually score, and when Adam scored it was just an amazing feeling," said Zerr.

The Yorkton Regional Raider Gridder alumni is in his 4th year with the Huskies, and was rewarded on Thursday with being named a USports All-Canadian at his position.

"I'm pretty honoured, but as much as its an individual award, it's a team award and I couldn't have got this without the effort of my teammates around."

Kick-off between the Huskies and Mustangs will be at 12 Noon SK time from TELUS-Universite Laval Stadium.
======