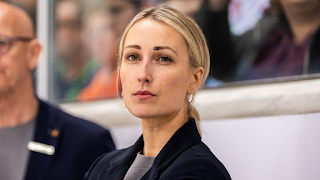 The New York Rangers have announced that Rocanville product Jessica Campbell will be coach at the team's next development camp set to take place next month.

The 29 year old recently became the first woman to join a coaching staff of a men's national team, serving as an assistant coach for Germany at the 2022 IIHF Men's World Championship.

Campbell played most of her minor hockey in the Rocanville and Melville area, while also suiting up with the Melville Prairie Fire, Pursuit of Excellence in Kelowna, 4 years at Cornell University and a number of years with the Canadian Women's National team.