The 2017 WHL Cup wrapped up on Sunday in Calgary, Alberta.

In the Bronze Medal game

Four different Manitoba players scored as they won their second straight bronze medal at the WHL Cup with a 4-2 victory over Saskatchewan.


The medal was Manitoba’s sixth in the history of the tournament while Saskatchewan’s record in bronze medal games dropped to 2-5 overall.


Meanwhile in the Gold Medal game,

Quite the Saturday for Kelvington 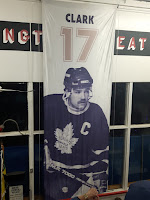 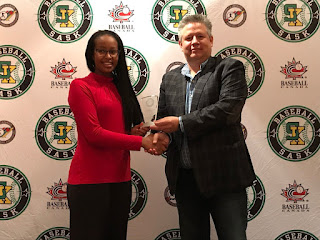 The 17 year old, who has umped for the last 4 years received her award at the annual Baseball Saskatchewan Awards Dinner in Saskatoon over the weekend.

Sask. High School Regional Soccer Playdowns wrapped up
In 2A Boys in Yorkton,
The Yorkton Sacred Heart Saints captured the regional title on home turf with a 12-1 win over Kipling in the title game.
Kipling advanced after a 13-0 win over Moosomin.
The Saints will host the 2A Boys Provincial championships in Yorkton this Friday and Saturday

In 3A Boys in Weyburn,
The Yorkton Regional Raiders defeated the host Weyburn in the title game 4-0.
Yorkton advances to the 3A Boys Provincial championships this Friday and Saturday in Balgonie

In 2A Girls in Regina,
The Yorkton Sacred Heart Saints fell in the championship game to Regina Luther 3-0.
The Saints advanced to the finals after wins over Regina Martin and Moosomin in their opening two games.