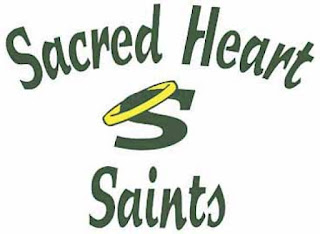 The tournament will pit the top four teams in the 4 A category in the province vying for the gold medal prize.


Sacred Heart has had success in this competition having won 5 championships as well as two silver medals and a bronze medal finish over the past two decades. This years Saints team has competed in the Moose Jaw High School Soccer league competing mostly against 5 A High School teams.

The Saints went 2 wins and 5 losses in the season and have learned some valuable lessons that should help in the provincial playoffs. The team consists of many new players mixed in with some key veterans.

Most of the team has developed their skills in the Yorkton United Soccer program as well as the Soccer Academy course at Sacred Heart. Growing together as a team and building chemistry has been a large focus this season. The pandemic has had an impact on high school sports as students have not had the opportunity to compete for the last year and a half. Some student athletes have drifted away from school sports in favor of working at various businesses in the area.


Having a year away from school soccer has resulted in the challenge of attracting back athletes, learning the tendencies of the teammates and working together as a team. The Saints look forward to the competition that awaits them over the next week. Having the opportunity to play teams out of Moose Jaw, Regina and the North is exciting for the Saints.

Building during the season to peak at this time is not an exact science but is the ultimate goal of the team.


Coaches Robert Okeny and Emily Kruger have been pushing the boys to do exactly that.


Ultimately, this season has been a win-win for all involved. It has been great having the opportunity to get out on the field and play again. Playing for a provincial championship is the cherry on top.


The Saints invite the community to come out and watch some exciting soccer on October 29th and 30th. Admission to the games is 7 dollars for adults and 5 dollars for grade 7 to 12 students.

Games will be at 11:00 AM and 2:00 PM both days and will be played at the Sacred Heart soccer fields located behind Sacred Heart High School.