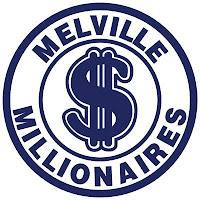 Team President Tammy Stevenson admitted that last season was a difficult one financially with the team reporting a deficit of $151,434.73.

Many of the expenses were due to one-time costs such as the installation of a new ticketing system and a roll-over of season ticket holders from the cancelled 2020/21 season.

Stevenson notes, however, that the team is doing a number of things to bring revenue to the hockey club.

This includes the Mils Golf Tournament, selling new Millionaires jerseys and for the first time a Calcutta.

However, Stevenson says the big thing is getting fans in the building, as season tickets and gate admission were down roughly $30,000 compared to the 2019 season.

The SJHL has gone through lots of change with a new commissioner and staff, and Stevenson is looking forward to working with Kyle McIntyre and his crew.

There is a lot of excitement for the new season and expectations are high for the Millionaires, with Stevenson stating that it’s time for the team to bring it, adding that she believes this is a squad that can go far in the SJHL.

Main camp for the Mils will run this weekend, while the first preseason will be on Monday when the Moneymen visit the Yorkton Terriers for the annual rookie game.