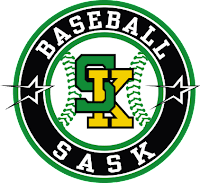 Baseball Saskatchewan has named the rosters for three of their teams competing in Baseball Canada National Championships later this month.

Theodore's Kyler Bilokreli has been named to the Saskatchewan 13U selects teams that'll compete at the 13U National Championship being held Aug 24th to Aug 28th in Windsor, Ontario.

Saskatchewan plays their first game of the event on Aug. 24th at 9:30AM SK time vs. the host Riverside.

**Also Congrats to my brother Brett who'll once again be on the coaching staff for the 15U Team Saskatchewan selects that'll compete at the Ray Carter Cup 15U National Championships in Saskatoon from Aug. 25th to 28th.

They'll play their first game on the 25th vs. Ontario.