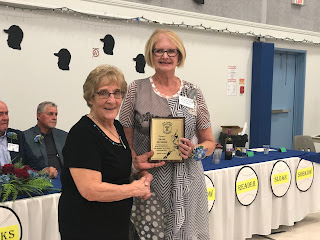 
The Saskatchewan Baseball Hall of Fame Class of 2019 was officially inducted over the weekend in the Battlefords, with 12 players, 3 teams, one family and a city being honoured.

Among those inducted posthumously was Calder product Bill Sobkow.

Bill died suddenly in September of 2016.

Sobkow started in the game of baseball at a young age playing before in his later years getting into coaching which included stints with the Melville Millionaires and Yorkton Cardinals, who he recreated in 2002 and brought them back to the then Western Major Baseball.

Bill was rewarded for his efforts being named the league's top coach and executive that same year.

Among the other inductees:


In the team category