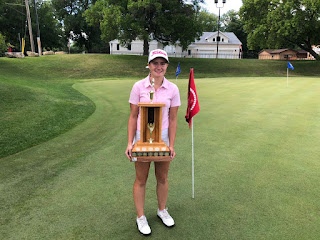 Swan River's Crystal Zamzow, won the 2020 Manitoba Junior Girls' Golf Championship yesterday, in Selkirk, firing a final round 84, to finish 30-over for the tournament.

Zamzow finished two strokes ahead of Mikyla Alberta and three in front of Cala Korman.

In the Junior Boys' Championship, also held in Selkirk, Jose Mekish-Lacquette, of Shellmouth, shot a seven-over in his final round, to finish 17th overall.

And after Day One of the 2020 Saskatchewan Junior Girls' Golf Championship, in Swift Current,

Yorkton's Ella Kozak is tied for fourth, after firing an opening round 86.