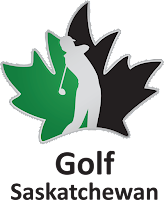 It's always special to win a provincial championship, but it's even more special to do it on home turf and that's what Tammy Bezaire was able to do on Thursday.

The Togo, SK product and Deer Park Golf Course member was able to capture the 2020 Saskatchewan Senior Women's Golf Championship after firing a 7 over par 79 to finish at +26 overall.

Bezaire, who last won a Provincial Senior title in 2015, won by 5 shots over Lloydminster's Joanne Schiller who finished in 2nd and 7 strokes ahead of 3rd place finisher Swift Current's Denise Wilson.

Deer Park Club champion Derek Stykalo proved this week at the home-turf was definitely an advantage.

The Yorkton golfer captured the Golf Sask Men's Mid-Masters title by 10 shots over Meadow Lake's Chris Reid and Weyburn's Rick Hallberg who finished at plus 10.

Stykalo followed up a 4 under 68 on Wednesday with a 1 under 71 on the final day to finish the championship at 5 under par.

Melville's Doug Kreklewich finished at +11 for solo 4th place after final round of 2 over 74.

For the 2nd time in 3 years, Weyburn's Rick Hallberg is the Senior Men's Provincial Champion in Saskatchewan.

Halberd held off a late charge from Prince Albert's Cliff Selander shooting a final round of 78 to finish at plus 5, and 3 shot win over Selander who fired a round 1 under 69 on Thursday.