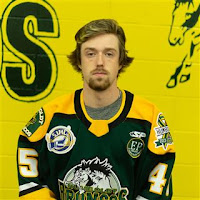 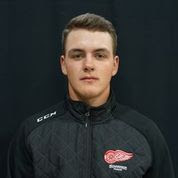 A couple of trades in the SJHL on Thursday night.

The Yorkton Terriers have acquired 2002-born forward J.D. Hall (pictured above right) from the Weyburn Red Wings for future considerations.

The Raymond, Alberta product had 1 point in 3 games with the Red Wings during the abbreviated 2020/21 SJHL season.

And the Melville Millionaires have picked up 2001-born defenseman Jackson Bohan (pictured above left) and a fifth round pick in 2022, from the Humboldt Broncos, in exchange for second round picks in 2022 and 2023.

The, now 20 year old, blueliner spent the last 2 seasons with the Broncos where he was named to the SJHL All-Rookie Team in his 2019/2020 campaign.

Bohan lead all 2001 born SJHL defenseman in points his rookie season after posting up 5 goals and 24 assists for a total of 29 points.