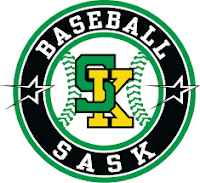 Baseball Saskatchewan announced on Tuesday that they'll use new division names for age categories starting in the 2019 season.

During their board meeting this month a motion was brought forward to remove the term "Midget" from their 18 & under division and replace it with 18U.

Baseball Sask. also said in a release that they've took it a step further by the changing the names of all divisions' except for Senior & Rally Cap.

That means that Mosquito will become 11U, Pee Wee becomes 13U, Bantam becomes 15U and the Junior category will now be known as 21U.

The organization said one of the main reasons for the change was that they want baseball to be inclusive and welcoming for all & while doing so they will align themselves with Baseball Canada plus other sports organizations.