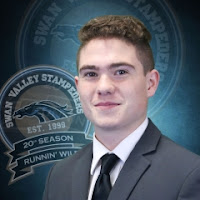 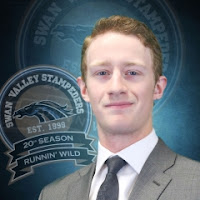 The Manitoba Junior Hockey League announced the winners of their major awards on Friday and for the Swan Valley Stampeders they had two members get rewarded for their strong seasons.

D Quintin Sudom was named as the MJHL's Top Defenceman while F Josh Tripp was announced as the league's Most Valuable Player.

Tripp, a hometown kid from Swan River is having an outstanding final season of Junior hockey as he currently leads the MJHL in scoring with 33G 46A for 76 points in 53 games so far this season

Meanwhile for Sudom, in 50 games this season he has compiled 16 goals and 55 points which puts him 8th in league scoring and tops among MJHL defenceman.

The last Stampeders to win the league's Top defenceman was Bredenbury, SK Clarke Byczynski in 2011.