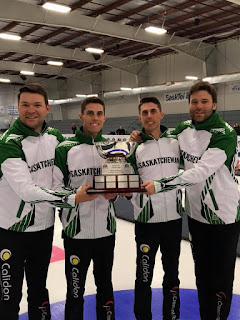 The foursome that also includes Kevin Marsh, Dan Marsh and Dallan Muyres defeated Matt Dunstone of Regina 6-5 in the Championship Final on Sunday in Whitewood.
Muyres had to make a draw to the four-foot with his final rock to help his team earn the berth. 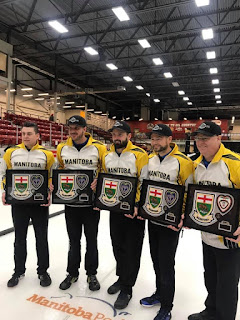 (Compliments of Curl Manitoba)
Meanwhile at the Manitoba Men's Curling Championships in Virden, Reid Carruthers' Winnipeg rink held on for a 5-3 victory over William Lyburn at Tundra Oil & Gas Place.

So both the Carruthers and Muyres rinks' will now represent their respective provinces at the 2019 Tim Hortons' Brier that runs March 2nd-10th in Brandon, Manitoba.
Posted by Benny W at 05:26