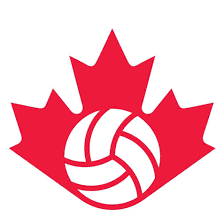 When you think of one of top volleyball officials in Canada and a staple on the international volleyball scene, we don't have to look much further than to Yorkton's own Don Pfeifer.

Pfeifer was recognized for his contributions to the sport last Thursday in Ottawa where he was officially inducted into the Canadian Volleyball Hall of Fame in the Referee category, a fitting culmination to a stellar career.

Pfeifer who made the trip to your nation's capital with his wife Sharon last week, says the honour is pretty amazing.

"Pretty humble feeling, I was glad to represent Saskatchewan, Yorkton and Canada in the sport over the years and ya it's a pretty good feeling."

His involvement in the sport of volleyball as an official and coach has been for over 50 years and he says getting inducted was something he never thought about at all.

"When you're involved in the sport, one doesn't get into it for the accolades it just kinda happened and then it went from local, to provincial, to the national and international levels and now here we are"

As like for any participant in any sport, he says there has been some highlights in his officiating career.

"One moment that stands out for me was being selected as first ever Canadian referee to be selected to officiate in the Pan-America Games Gold Medal game between Cuba and USA in Venezuela, which was pretty interesting experience."

He still continues in the sport today as an active official, mentor and clinician.