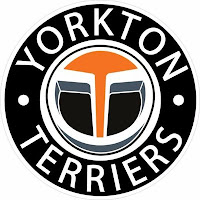 The SJHL's Yorkton Terriers held their 2019 Annual General Meeting at the Gallagher Center on Monday night with just around 30 people in attendance.

The Terriers are coming off some pretty success on the ice by improving their win total by 18 victories and advancing to the SJHL's Final Four before falling to the eventual Canalta Cup champion Battlefords North Stars in the Semi-Finals.

That total adds to their existing debt which now leaves them overall with a debt of around $90,000.

"It was disappointing as you said we had some great success on the ice, but we had some things not go our way this year specifically a major fundraiser that didn't quite the way we wanted it to go," Terriers Treasurer Corvyn Neufeld said in a interview after the meeting.

Another factor that Neufeld added was the sponsorship was little down from previous years.

"I know the numbers are lower than other years that was a difference, but still I feel like we are starting to head back to positive direction next year,  we've done a good job in rebuilding relationships in the city and our gate revenues were up a ton this year which is great."

Neufeld also added that in order to work off some debt simply they got to increase their revenue and he said they have some new ways they are working on to make that happen.

Also at last night 's meeting (Mon) , Alan Sharp announced that he has stepped down as team President as he will be relocating away from Yorkton.

A new President will be determined and announced in the near future.

- The club lost over $15,000 hosting the Montreal Canadiens alumni team