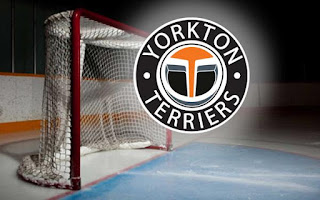 With Alan Sharp stepping down due to relocation, the SJHL's Yorkton Terriers were looking for a new President and it looks like they've made their choice.

Corvyn Neufeld was named the team's new President after spending this past season as the Treasurer of the hockey club.

The Yorkton Terriers would also like to extend a special thank you to past president Alan Sharp. Alan will be moving to Saskatoon and therefore has stepped down as President and given notice of resignation. Alan's hard work and dedication to the Terrier organization does not go unnoticed and we are thankful for everything he has provided and accomplished for the Yorkton Terriers. Alan will remain as Past President until his departure to Saskatoon. The entire Terrier organization wishes all the best to Alan and his wife. Thank You Alan!!!!