Melville acquired 2005-born Zach Bansley from the Melfort Mustangs in exchange for a second round draft pick in the 2023 SJHL draft.

Bansley, a Tisdale SK product was most recently with the WHL's Lethbridge Hurricanes where he posted one assist in 18 games.

Meanwhile, the Mils also moved 2002-born defenceman Kayden Skulmoski in a separate deal to the Niverville Nighthawks of the MJHL for future considerations.

The 20 year old Moosomin product had 10 points in 31 games since being acquired from the Grand Prairie Storm at the beginning of the season. 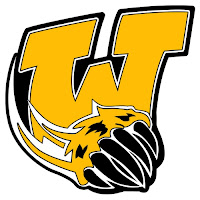 The Waywayseecappo Wolverines acquired Birtle product and 2005-born forward Aidan Sotas on Friday from the Portage Terriers in exchange for future considerations.

Sotas had 1 assist in 20 games this season with the WHL's Portland Winterhawks.
Posted by Benny W at 03:12