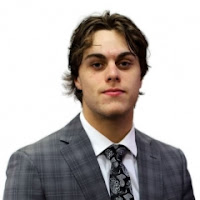 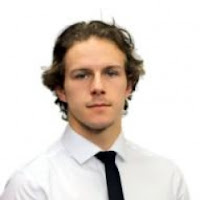 It was a big weekend for the Melville Millionaires as they swept their Highway 10 rivals, the Yorkton Terriers thanks to a pair of 5-2 wins. 20-year-old Issac Suppin played a big part in the Mills getting 4 big points in the standings as he found the back of the net 3 times and added 3 helpers this weekend. It all started Friday night where he scored a pair. He then followed it up with a 4 point night Saturday with a goal and 3 assists. Since joining the Millionaires, Suppin has been a point per game player and has 5 goals and 9 assists in 14 games played.
Weekly Stats (2GP, 3g-3a, 6PTS)

Another goalie who had a superb weekend was Clement Labillois of the Melville Millionaires. The 19-year-old rookie started both games for the Mills this past weekend and was consistent, allowing just 2 goals against in both starts and made 55 saves combined in the pair of games. Labillois now sports a 5-6-0-2 record on the season with a 3.09 GAA and a .911 SV%.
Weekly Stats (2GP, 2-0-0-0, 2.25 GAA, .932 SV%)