The Saskatchewan Junior Hockey League and the Yorkton Terriers have announced they've cut ties with F Greg Mulhall for the remainder of the 2019/20 season.

In a release that came out on Sunday (seen below) the league says a video came out that showed Mulhall "speaking with disrespect and profanity laced words towards Melville Millionaires goaltender Berk Berkeliev." 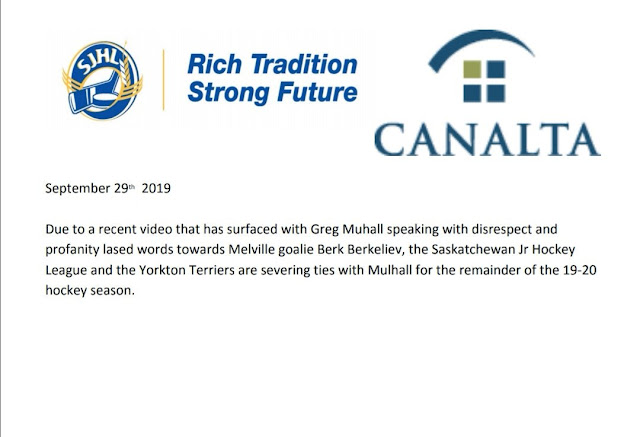 Mulhall was suspended 25 games by the league for his hit on the Mils net minder earlier this season.