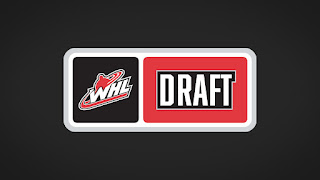 The 2022 Western Hockey League Prospects was held today (Thurs) as the 22 member clubs welcomed 2007-born players into their organization.

The first local player selected was Whitewood product Reese Hamilton, who was picked in the 1st round and 4th overall by the Calgary Hitmen.

"It's truly a honor to get selected, and being picked by Calgary is awesome, it's one of the place I really wanted to go and I'm glad to join the Hitmen organization," Hamilton said in a interview with GX94.

The Melville Minor Hockey alumni chipped in with 54 points in 27 games with NAX Extreme U15 Prep this past season.

Meanwhile his former teammate and fellow Whitewood product Connor Bear was also selected by the Hitmen in the 6th round, 117th overall.

Yorkton Under 15 AA Terriers top scorer and defenceman Max Threinen went in the 5th round, 94th overall to the Prince George Cougars.

The product out of Langenburg scored 21 times while adding 23 assists in 29 games this past campaign.

Other locals picked include McCreary's Ryan Gower in the 2nd round to the Prince Albert Raiders and Luke Myhre of Dauphin was selected in the fifth round by the Portland Winterhawks.