Millionaires victorious; Terriers' fall on Day 2 of the SJHL Showcase in Warman 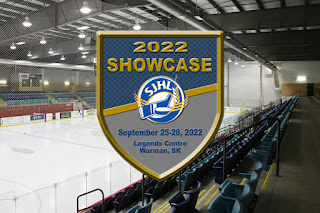 The Melville Millionaires got two goals from 17 year old Carter McKay as they won their 2nd straight beating the Notre Dame Hounds 4-3 at the Legends Center in Warman.

Zach Cain and Cole Larocque also scored for the Mils while Noah Wills had 3 assists to pull into the league-lead in points with 10 on the season.

Nolan Dawson replied with all three goals for the Hounds in the loss.

Millionaires' netminder Kelton Pyne made 37 saves on 40 shots in the victory.

The Moneymen wrap up their games at the SJHL Showcase at 1:30PM this afternoon (Tues) against the Flin Flon Bombers.

The Yorkton Terriers' suffered their first loss of the 2022/23 season on Monday afternoon, falling 2-1 to the Kindersley Klippers.

Klipper captain Brayden Koch scored the game winner with 4:23 remaining in regulation, while Cash Arntsen also scored for the Kindersley who earned their first win of the campaign.

Karsten Kruska replied with the lone marker for Yorkton, who got a 33 save performance from goalie Tommy Bouchard in his Terrier debut.

The Terriers' return to action on Fri. Oct 7th in Melville against the Millionaires.