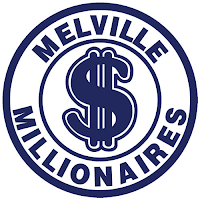 In just his 2nd game with his new team, 20 year old Nathan Fox played hero for the Melville Millionaires.

Fox scored 1:59 into overtime last night (Tues) to lead the Moneymen to a 2-1 home win over the Melfort Mustangs, which snapped a stretch of 10 straight overtime losses for Melville.

Noah Wills added to his hot start to the season with the tying goal in the late stages of the third, while Kelton Pyne made 26 saves on 27 shots to earn his 3rd win of the campaign.

Dawson Leroux replied with the only goal for the Mustangs.

The Millionaires' return to action on Friday night hosting the Yorkton Terriers from the HCUC.