Local products among those named to Team Canada for Spengler Cup 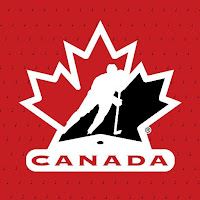 Hockey Canada is unveiling its roster for next week's Spengler Cup in Davos, Switzerland.

The 25-player list is headlined by David Desharnais and Daniel Winnik, who represented Canada at the Beijing Olympics.


Virden's Wyatt Kalynuk and Josh Brook of Roblin, Manitoba are also included on the Canadian team, who open up on Boxing Day against HC Sparta Prague.


Canada won the Spengler Cup in 2019 when the tournament was last played.
Posted by Benny W at 05:36