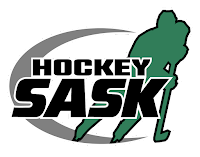 Hockey Saskatchewan is excited to introduce the rosters for the Female Under-18 and Male Under-16 programs.

Those chosen will represent Team Saskatchewan at the 2023 Canada Winter Games in Prince Edward Island from Feb 18th-March 3rd, 2023.

Among those selected include local products: Whitewood's Reese Hamilton and Connor Bear of the Ochapowace First Nation.