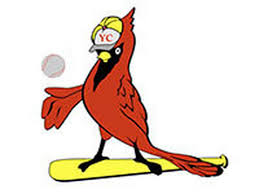 The 2019 Western Canadian Baseball League season will begin on Wednesday night for the Yorkton Cardinals with new Head Coach Robbie Dombrowski at the helm.

Dombrowski, who just wrapped up his season as an Asst. Coach with Belhaven University in Jackson, Mississippi says he's looking forward of his first year coaching in Canada.

"My coaching mentors said a way to advance as a coach is to coach in a summer league, so then I saw the Yorkton post as I was looking for a summer job and I heard nothing bout good things about the league and that'll be a good challenge and way for me to grow as a coach," Dombrowski said in a phone interview.

The Cardinals will look to improve on their 5th place finish in the East Division one year ago and he says he'll bring a pretty gritty    style of baseball.

"I'll be a guy that wants to steal extra bases and put the pressure on the opposition, we will have to bunt, we will have to have good reads if you wanna compete with the other teams in the league."

Yorkton will open up their regular season on Wednesday night when they visit Currie Field in Regina to take on the Red Sox with a little bit of a short-handed line-up.

"Some of our guys are still in their playoffs, so its good cause that means we have some good players, but at the same time we will be little shorter for the first few games but still I want the guys to work hard and compete & good things will happen," Dombrowski added.

After Wednesday's game in the Queen City, the Cardinals will visit their Highway 10 rivals on Thursday before holding the Home Opener against the Mils on Friday night.