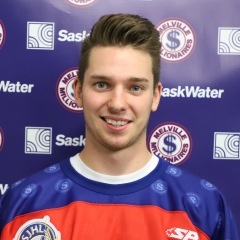 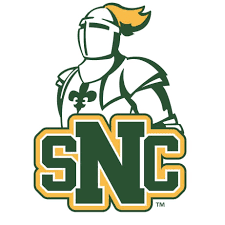 The Melville Millionaires are pleased to announce that G Colby Entz will be playing hockey at the collegiate level next year.

The 21 year old Entz has committed to advance his hockey career with St. Norbert College in De Pere, Wisconsin, joining former Millionaire Keegan Milligan who just completed his sophomore year with the team.

"I'm pretty excited to be going to an organization with a reputation as solid as St. Norbert", Entz said. "The school itself has such great history so that means a lot to me and I really don't think I could've picked a better school to get an education and play some top-end hockey as well."

"Melville was a great place for me to play my Junior hockey, it was really close to my hometown where I always have gotten a ton of support and my billet family helped me more than I can possibly say and I'm just thankful for all the fans, supporters, sponsors and organization for giving me the chance to wear the Mils uniform, it helped me become not only a better player but a better person."

Entz also added he would like to thank  the Mils staff and personnel who did a lot for him his 3 seasons.

The entire Melville Millionaires organization would like to thank Colby for his time as a Millionaire and also congratulate him on his commitment & wish him nothing but the best going forward.

Dante Hannoun scored with 95 seconds left in the first overtime as the Raiders downed the Vancouver Giants 3-2 in Game 7 of the Western Hockey League Championship to capture the Ed Chynoweth Cup and advance to the Memorial Cup.

The victory marked the first time the Raiders have won the WHL title since 1985.

Prince Albert will begin their Memorial Cup on the opening day on Friday when they battle the host Halifax Mooseheads.


The Winnipeg Blues announced on Tuesday that it has named Taras McEwen its new General Manager.

McEwen joined the ICE organization in 2017 as the team’s Manager of Scouting.

In 2018, McEwen’s duties expanded and his title was changed to Manager, Scouting and Hockey Operations.

In addition to his role with the Blues, McEwen will continue his responsibilities with the Western Hockey League’s Winnipeg ICE.