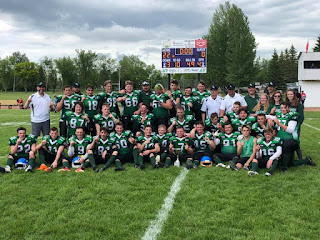 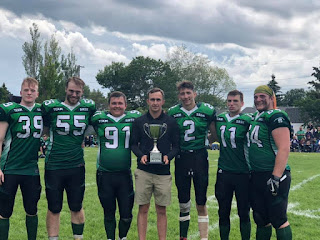 It was a home-field victory for Team Saskatchewan over Team Manitoba in the inaugural Challenge Cup held on Saturday in Melville.

The home-side defeated the visitors 22-0 to capture the first title in the new 9 A-Side All Star game between the two provinces.

Team Sask held a 7-0 lead at the half and for the winning Head Coach John Svenson, he says it was well played game from both sides.

"It was a back and forth & tight game we thought we would take care of business a little earlier but they held in there and it was well-played game on both sides."

Svenson who also served as the Host Committee chair says the support of everyone involved was tremendous.

"The sponsorship was phenomenal, the support was phenomenal, the people in Melville & area really came out and supported us well and it takes a lot of work to put this on but I'm really, really happy with how well our committee worked and our community rallied around."

The 2020 Challenge Cup will be held next July in Manitoba with a location to be announced.