The RBC Cup champion Yorkton Terriers are pleased to announce that 2 more of their graduating players will be headed to the collegiate ranks.

Moosomin product Devon McMullen (top right) and Balgonie native Tyler Giebel (top left)  will be joining former Terrier teammates from the 2012-13 season John Neibrandt and Austin Bourhis with the University of Regina Cougars of the CIS.

McMullen, the captain of the Terriers for the past 2 seasons will go down as one of the decorated players to ever put on a Terrier uniform, playing in just 300 career Junior A games compiling 25 goals 75 assists for 100 points all with Yorkton.

Giebel, played in just over 180 games as a Terriers scoring 76 goals 85 assists for 161 points. He also played 66 games in the Western Hockey league with the Everett Silvertips, Red Deer Rebels and Saskatoon Blades.

Chat with Devon McMullen below The SJHL Showcase will be held September 29th and September 30th 2014 in Warman Saskatchewan. Warman is conveniently located 25 minutes north of Saskatoon.

This format is to allow the scouts to see the top 120 players in the SJHL in these age groups as determined by the coaches in the Saskatchewan Junior Hockey League.

Sunday Sept. 28th 2014.
**The Saskatchewan Junior Hockey League introduces the Top 80 from the Saskatchewan Midget AAA League***
This game will be played on Sunday Sept 28th 2014 in Warman.
Game times to be announced.
Posted by Benny W at 10:41 No comments:

Fort Knox have a New Coach

The Fort Knox are pleased to announce that Ron Holloway has become a part of the Junior Hockey Club in Fort Qu'Appelle, taking on the role of Head Coach. Ron is from Broadview, SK where he owns and operates Holloway & Sons Plumbing and Heating. Ron is married to Leanne Holloway and has two sons, Brennan and Brett, both former players of the Fort Knox. Ron has been involved in hockey for years, as a player, coach and in management.

Ron spent a lot of time in the SJHL as a coach, trainer and in management. Spending four consecutive seasons with the Yorkton Terriers 2004-2009 winning two SJHL Championships, as well as three seasons with the La Ronge Ice Wolves, tallying another SJHL Championship. Ron also gained knowledge and experience in the PJHL, as Head Coach of the Ochapowace Thunder in the 2010-2011 season. This past season Ron was Head Coach of the Qu'Appelle Valley Hockey League's Grenfell Spitfires.

Ron looks forward to the challenge of coaching in the very competitive Prairie Junior Hockey League.


Chat with Holloway below

The Swan Valley Stampeders are pleased to announce the commitment of 1993 born defenceman, Andrew Howard, to the Dakota College Lumberjacks for next season.

“Andy was a very pleasant surprise out of camp last season, and through his excellent work ethic, quickly progressed to a valuable, steady defenceman on our team.  I’m extremely happy to announce that Andrew’s joining of the Stampeders and the MJHL, has paid off as the stepping stone into College.  Andrew was the ultimate teammate in Swan River, and did everything he was asked, game in and game out. I wish Tex the very best of luck in his college career, and in the future. The Lumberjacks are getting a 1st class person in Andrew Howard” finished Petersen.

Botineau Head Coach Travis Rybchinski adds that they’re very excited to have Howard a part of the Lumberjack Hockey family.

“We are fortunate to get a player like Andrew from the Manitoba Junior League. All the past players we have gotten from the MJHL have worked out well and do not expect Andrew to be any different. He will be an important piece of the puzzle for us to reach our goals. Not only are we getting a solid defenseman we are getting a solid person. He is what a coach looks for in a student-athlete."

Dakota College of Bottineau is a varsity program and are members of the NJCAA. More information can be found at www.dakotacollege.edu

With this latest announcement, the Stamps have successfully placed 5 of 7 graduated players to the college-university ranks, and there are more to follow. 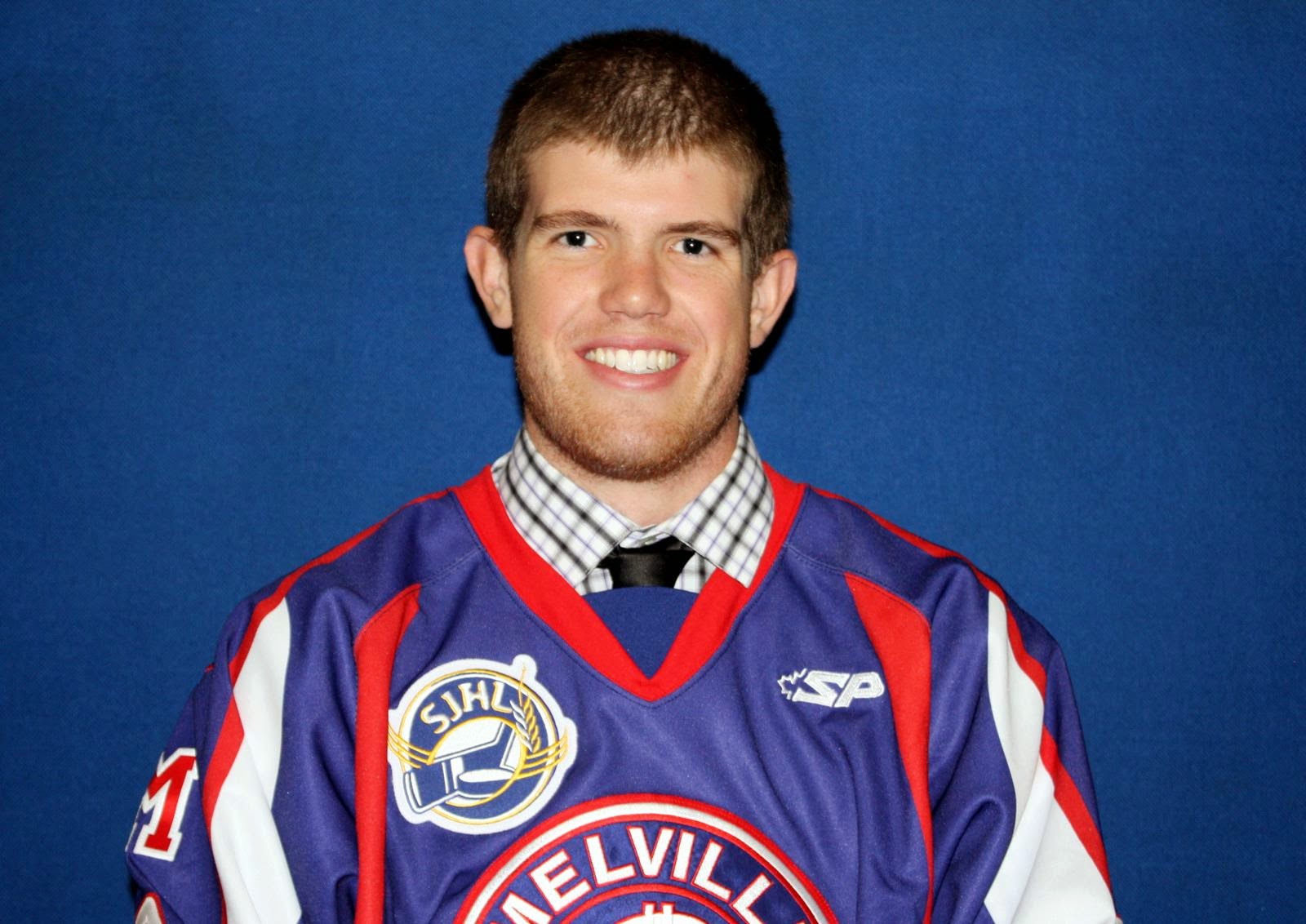 The Melville Millionaires are pleased to announce that another one of their graduating players will be advancing their hockey careers at the collegiate level for the upcoming 14/15 season.

21 year old defenseman Alec Brandrup (pictured above) will join the Norwich College Cadets (Division III) of the ECAC for the upcoming college season.

The Rochester, Minnesota native was a bright spot on the Mils blue line this past season compiling 8 goals, 21 assists for 29 points in 53 regular season games while also adding 5 points in 13 playoff games in the Mils run to the SJHL Final, losing to the eventual RBC Cup Champion Yorkton Terriers.

Mils; Cardinals both win on Sunday

The Melville Millionaires scored 4 runs in the 7th inning to push them to their 3rd straight victory with a 8-2 win over their East divisional rivals Weyburn Beavers on Sunday night.

Zach Holley and Blake Evetts led the way for the Mils offensively each chipping in with 3 hits while lefty Steven Bunnell improved his record to 5-3 on the season going the distance allowing 2 runs on 9 hits while striking out 9 Beaver batters.

Mils improve their record to 14-23 on the season and still sit 1.5 games back of the Beavers and 2.5 games back of the Yorkton Cardinals for the final couple playoff spots in the East Division. The Cardinals moved into sole possession of 2nd in the division with a 9-2 hammering of the Moose Jaw Miller Express on Sunday afternoon.
Posted by Benny W at 10:09 No comments:

The Melville Millionaires have announced that they have sent '96 born forward Ashton Clark to the AJHL's Lloydminster Bobcats as the futures that sent F Kelvin Walz and D Cole Berreth to the Mils this past season.
The Aberdeen SK product had 5 goals, 1 assists for 6 points in 41 games in rookie SJHL season with Melville. Clark also spent the previous 2 years with Battlefords Stars of the Sask Midget AAA Hockey League.
Posted by Benny W at 22:19 No comments: