Knox get into win column with 8-2 win over Ochapowace

The Fort Knox got into the win column in a big way on Friday night with a 8-2 win over the Ochapowace Thunder.
The Knox got off to a good start just under a minute in as Austin Odnokon would get his 1st to make it 1-0. Brett Turgeon would add 2 while Tanner Mak would get the other to make it a 4-0 Knox after 20 minutes.
In the 2nd, Turgeon would finish his natural hat trick against his former team for his 4th goal of the season to make it 5-0. Then with just 19 seconds left in the middle frame, Dylan Lay would take a nice feed in front Logan Leslie and snipe home his team leading 7th of the season to give the Knox a 6 goal lead after 2 periods.
The Thunder would get on the board just 3:08 into the 3rd as Brandon would pot home a marker to make it 6-1. Then Brandt Hudson would take over and add a couple of his own to increase the lead to 8-1. Trey Bear would finish the scoring for the Thunder but it wasn't enough as the Knox hammer the Thunder 8-2.
Shane Blomquist stopped 20 shots for the win while Falyn McKenzie made 28 saves in the loss.
------------------
In the SJHL,
Brandon Sookro got his 2nd Hat Trick of the season to lead the Yorkton Terriers to a 6-4 win over the Humboldt Broncos.
Jordan Evans, McKenzie Welke and Regan Seiferling scored for the Terriers while Jakob Severson stopped 19 shots for the win.
The Terriers next action will be next Friday when they visit Estevan.
Elsewhere,
The Melville Millionaires won their 3rd straight as they beat the Notre Dame Hounds 5-2.
Christian Stevens led the way offensively with 2G 2A while Tyler Kreklewich had 2 goals while Brett Kitt added the other.
Brandon Wells earned his 5th win of the season making 43 saves in the victory.
The Mils next action is on Sunday when they visit the Humboldt Broncos. GX94 will broadcast the game with Yorkton Dodge Junior hockey Pregame 2:50 PxP at 3:00.
-------------------------
In the Manitoba Junior Hockey League,
The Wayway Wolverines fell on the road, 5-1 to the Winkler Flyers.
Morgan Greve had the only offense for Wayway while Greg Harney made 42 stops in the loss.
The Wolverines head back to the ice on Tuesday when they host the Swan Valley Stampeders on GX94.
Posted by Benny W at 22:54 1 comment: 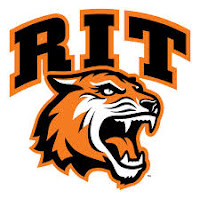 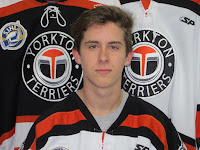 The Yorkton Legion Track Club (YLTC) is into another season with much success from our athletes hard training this past indoor and outdoor season.

We are now accepting registrations for the 2015/16 Track & Field training program. The club is designed for athletes who want to train with experienced certified coaches, compete at indoor meets, increase personal fitness levels and of course raise their ability level in the area of track and field. We see many non –track train with our club to help them in their primary sport. The club is open to all Yorkton and area athletes that were born in 2004 or older. Nov 2nd is our first day of training.

We have certified athletic coaches that will help you increase your performance and achieve your goals:

*additional training for advanced athletes will be established by coaches for the days when practice is not scheduled, depending your level and goals to be attained.

** Throw and Jump athletes will work on technical with Coach Edwards Mon & Thurs and core workouts Mon & Wed with sprint group. Coach Edwards may change the Thursday practice depending of his schedule since he travels from Buchanan. Some athletes have scheduled extra training with him.

If anyone is interested in coaching track and field please call Club Manager. We are looking for volunteers. YLTC will pay for them to attend the Club Coach NCCP Course. Nov 13 – 15th in Saskatoon.

For other information on club refer to www.facebook.com/yorktonlegiontrack

To register, or if you have further questions contact Club Manager, Marcel Porte at marcel.porte@bayer.com or Cell: 306-621-7716.