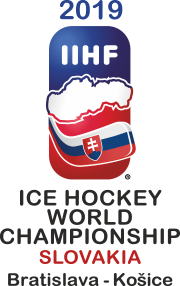 When Team Canada opens up the IIHF World Men's Hockey Championships next month in Slovakia, their roster will include a local product.

Melville's Damon Severson of the New Jersey Devils was one of the 22 players selected to don the red and white at the tournament.

"Yeah I'm pretty excited, it will be nice to put on the Canadian jersey wants again and hopefully we can have a good tournanment and bring back the Gold", Severson said in a phone interview with GX94.

This will be Severson’s first stint with the Canadian men’s national team.

His last time representing his country was 9 years ago,  when he played for the Canadian U18 team prior to being selected by New Jersey.

"Obviously you want to still be playing in the Stanley Cup playoffs but this year in New Jersey it wasn't our year and hopefully we will be back in postseason next year, but for right now I just got to focus on having a great month of May of hockey for Team Canada & go from there", Severson added.

Severson just completed his 5th NHL season with the Devils where he had a career year, compiling 11 goals, 28 assists for 39 points in 82 games.

Canada will open the tournament in Slovakia on May 10 against Finland.

For full look at the Canadian roster CLICK HERE


Chat with Severson below: