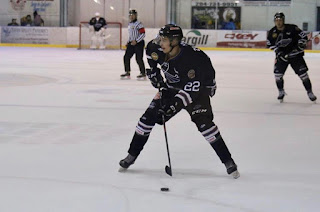 The Swan Valley Stampeders of the Manitoba Junior Hockey League are proud to announce that twenty year old forward Jackson Zloty has committed to play for the Iowa State Cyclone’s.

Located in Ames Iowa, they are an ACHA division 1 school that competes in the Central States Collegiate Hockey League.

Zloty one of the Stampeder’s Captains, is a native of Calgary Alberta.

Zloty only played 8 games in an abbreviated (due to Covid) season for the Stampeders, but the Junior A veteran quickly established himself as a top forward, scoring 6 goals and 3 assists in only 8 games

Zloty says I am very excited to join the Cyclone family!  I am excited to have the opportunity to continue my hockey career while attending a University such as Iowa State. I would like to thank all the coach’s, friends and family that have helped me get to this point. I would also like to thank Swan Valley for the short but special time I spent there. I can’t wait to get started.

Stampeder Head Coach/General Manager Barry Wolff –we are very happy for Jackson, and so proud of him! Iowa State is a great school and this is a great opportunity for Jackson to further his education and hockey career.

The Stampeders congratulate Jackson and his family and wish Jackson and the Cyclone’s the very best in the future.