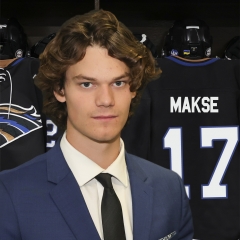 The Swan Valley Stampeders' earned their 12th win of the season on Sunday after a 6-4 victory over the Portage Terriers at Stride Place.

Brandon McCartney (2G 1A) and Austin Peters (1G 2A) led the way for the Terriers with 3 points each, while Ryan Botterill also scored.

Kobe Grant made 24 saves on 28 shots to earn the win for the Stamps.

Swan Valley returns to action on Friday night back on home ice against the Steinbach Pistons at the Centennial Arena.