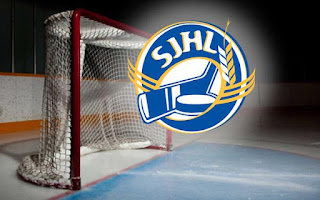 The Yorkton Terriers' snapped their 6 game winless streak on Friday night, doubling up the Notre Dame Hounds 4-2 in Wilcox.

Maddux Nollski and JD Hall led the way offensively for the Terriers with 1G 1A each, while Lowie and Tijs Vreys also scored.

Samuel Borschowa and Kyle Kalamaras replied for the home side.

Terriers' G Caleb Allen turned aside 41 of 43 shots to earn the victory for Yorkton, who'll return to action on Thursday night visiting the Flin Flon Bombers. GX94 will broadcast the game, with the pregame starting at 7:20 and the play by play at 7:30PM from the Whitney Forum. 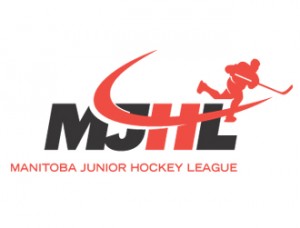 The Swan Valley Stampeders' pushed their win streak to three on Friday night, dumping the visiting Niverville Nighthawks 4-3 in the shootout.

Josh Danis scored the tying goal for Swan in the third then scored shootout winner.
Trey Sauder and Myles Mason also scored in regulation for the Stampeders' who got 30 saves from Loic Mainguy-Crepault in the win.

The Stampeders' host the Winkler Flyers Saturday night, while the Nighthawks visit the OCN Blizzard.

WOLVERINES 5, FREEZE 3
The Waywayseecappo Wolverines also got back in the win column last night (Fri) beating the Winnipeg Freeze 5-3 on the road.

Jack Kabuluk, Andrew Thevenot and Kyle Grysuik scored for the Freeze, who'll be in Waywayseecappo on Saturday night