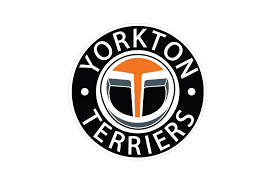 The Yorkton Terriers handed the Flin Flon Bombers their first home regulation loss of the season on Friday after a 3-1 win.

A much better start for the Terriers on this night and it would translate into the opening goal as a good fore check by Cohner Saleski, chipped the puck out and he then fed Brett Butz in front who notched home his 2nd of the season to give the Terriers a 1-0 lead through 20 minutes with the Bombers' leading the shot clock 15-8.

The Bombers evened things up in the 2nd with the period's only goal as Caleb Allen made a great save on the initial chance from Alexi Sylvestre, but Jaxon Martens was there to chop in the rebound for his 7th of the year to even the game up 1-1 after 2 periods.

Greg Nelson netted the game winner with just 2 minutes left in regulation before Clay Sleeva iced it for the Terriers in the final minute.

The Terriers wrap up their road trip on Saturday afternoon visiting the La Ronge Ice Wolves at 2:30PM.

The Melville Millionaires dropped their fifth straight, a 4-3 decision to the Notre Dame Hounds.