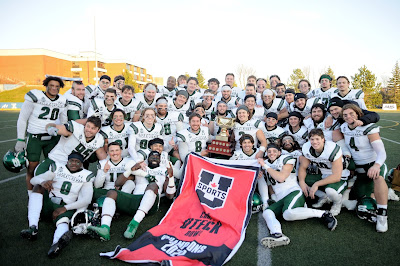 The Saskatchewan Huskies punched their berth into their 2nd straight Canada Life Vanier Cup last weekend on the east coast.

Tied 6-6 after the first half, the Huskies used a big 2nd half to beat the St. FX X-Men 36-19 in the Uteck Bowl this past Saturday in Antigonish, Nova Scotia.

The Huskies fell to Western in the last years championshop game.

Defensive back and Melville product John Stoll with the Huskies was named defensive player of the game as he finished with two tackles and a key interception return touchdown.

The Canadian university football championship will also take place at Western Alumni Stadium in London on Saturday starting at 12 Noon SK time as the Huskies battle the Laval Rouge Et Or.

Chat with Huskies receiver and Yorkton product Jordin Rusnack below: