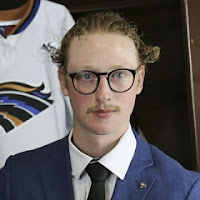 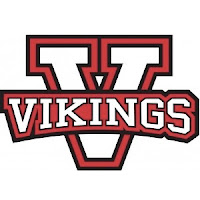 The Swan Valley Stampeders of the MJHL are proud to announce that graduating Captain Lane Kirk has committed to play for the University of Alberta-Augustana Vikings of the ACAC starting in the fall of 2021.

"I am pleased to join the U of A Vikings, they are a great school, and have a fantastic program. It is exciting to be put in to a veteran line up and have a chance to make an impact and win a Championship right away. I would like to thank the Stampeder organization and everyone who has helped me further my career,", Kirk said.

Kirk a native of Swan River, Manitoba, played parts of five seasons for the Stampeders, collecting 5 goals and 58 assists in 180 regular season games.

"We are very happy for Lane, and this opportunity is well deserved. The Vikings Hockey team and U of A-Augustana School just got a whole lot better," added Stampeders' Head Coach and GM Barry Wolff

Chat with Stamps' Head Coach/GM Barry Wolff about the commitment below:

bennywalchuk2 · Barry Wolff (July 7th)
Chat with Kirk about the commitment below:

For the past three seasons, the Swan Valley Stampeders have had a strong leadership presence both on the bench and in the office with Head Coach and General Manager Barry Wolff. And, this will continue as Wolff has now inked a new two-year contract with the team with an option for a third year if he chooses.

“We are thrilled to announce the extension of Barry’s contract,” said team President and Governor Cramer Coulthart. “Barry has been nothing but first class since first arriving in Swan River in 2018.

“Our community and board have really embraced Barry as the leader of this organization and Barry has delivered by having a team that is very active in the community, and entertaining on the ice.”

In 129 regular-season games, Wolff has lead the team with 82 wins and 36 losses. Additionally, in 20 playoff games, he h

Off the ice, Wolff has been instrumental in furthering the career of many alumni. To date, he has advanced 19 players – two to ACHA Div 1, two to NCAA Div 1, seven to NCAA Div 3, one to the WHL, one to ACAC and six to USports teams.

“I chose to (renew my contract) because the Swan Valley is a great community with great people and has a great organization in a great league,” said Wolff. “Wherever you are and whatever team it is – whether you’re a player or coach –  you quickly bleed the colours and do whatever you can to make everything run smoothly and successfully.”

Wolff is looking forward to resuming hockey-based activities on the ice later this summer and has been busy making plans for the team.

“We want to continue to develop players both on and off the ice, getting them to the next level of hockey, whether that is college or pro,” he said. “And, in the process, turn them into solid citizens and quality people.“

The Stampeders Board of Directors and the Swan Valley community creates the platform for the Stampeders to be successful on and off the ice, and I can’t thank both the board and community enough for giving us this opportunity.

Stamps' President Cramer Coulthart chats about the extension below: