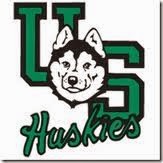 Another member of the RBC Cup National Champion Yorkton Terriers has committed to the University ranks.

21 year old Bredenbury product Tayler Thompson will be continuing his hockey career with University of Saskatchewan Huskies of the CIS.

This past season, Thompson's final year of Junior hockey he compiled 23 goals and 38 assists for 61 points in 52 regular season games, good for 4th in league scoring. He then added 2 goals and 10 points in the Canalta Cup playoffs and also had 4 points in 6 games in the 2014 RBC Cup to help lead the Terriers to their first ever national championship.

In his SJHL career, Thompson notched 43 goals, 72 assists in 130 games all with the Terriers. Thompson also played 66 WHL games with the Prince George Cougars recording 11 points.


Thoughts with Thompson below

The Melville Millionaires are also pleased to announced that one of their graduating players will be advancing his hockey career at the collegiate level.

21 year old Adam Dibella will be a member of the Augustana Vikings of the ACAC in Camrose, Alberta.

In 153 career regular season games in 3 years with the Mils, the Nelson BC product compiled 7 goals and 21 assists for 28 points and 277 minutes in penalties.