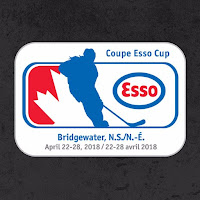 Tyra Meropoulis scored in the first period, Madison Willan netted the game-winning goal in the second and the St. Albert Slash became the first team to ever go back-to-back at the Esso Cup with a 2-1 win over the Saskatoon Stars in the gold medal game Saturday night.

The Slash have gone 13-1 in two years at Canada’s National Female Midget Championship, the only blemish a 4-1 loss to Saskatoon on Tuesday that was avenged with a national title on the line.

The Stars were a win away from equaling that feat, but lost for just the fifth time all year in regular season and playoff action; Saskatoon had won 24 games in a row before Sunday – it went 10-0 to finish the regular season and 6-0 in the SFMAAAHL playoffs, swept Eastman in the two-game West Regional and was 6-0 at the Cup entering the gold medal game.

Theodore product Chace Sperling was a member of the Saskatoon Stars. 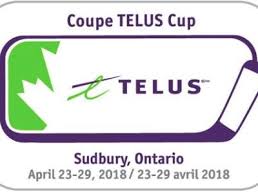 Luke Mylymok scored a hat trick to lift the Notre Dame Hounds to a 4-1 victory over the Cantonniers de Magog in the Telus Cup championship game on Sunday.