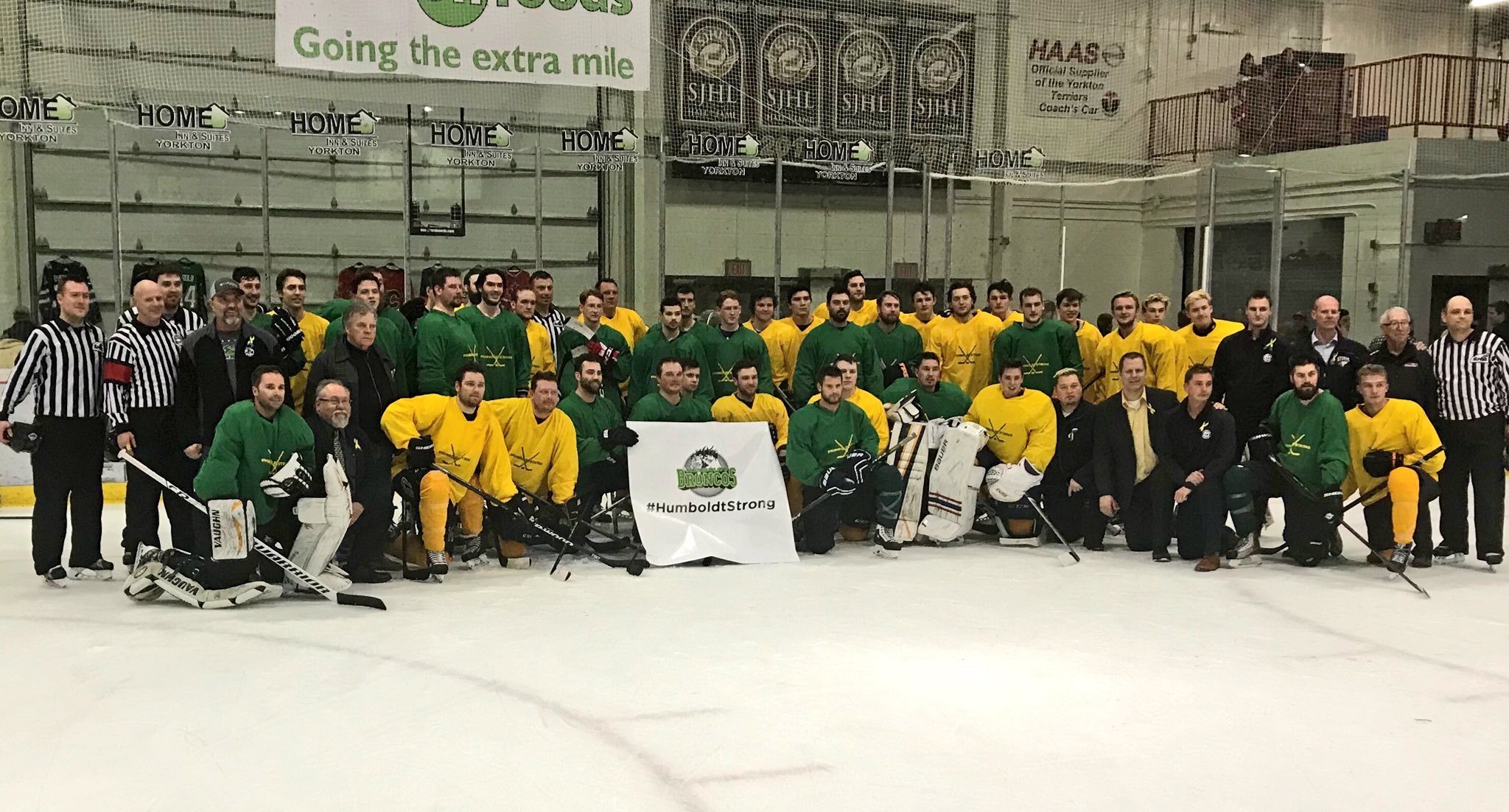 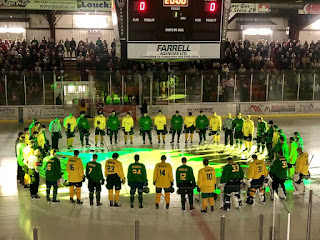 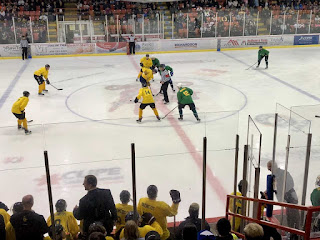 It was a packed house at the Farrell Agencies Arena in the Gallagher Center last night (Thurs) for a benefit hockey game in support of the Humboldt Broncos.

Hats off to the organizers, players, coaches, officials, volunteers, and of course everyone that came out to watch and support.

It was some great hockey action with the game ending up being 12-6 for Team Gold but that was secondary on this night to the fund being raised. The exact total from Thursday’s fundraising effort will likely take a few days to calculate, but early estimations put the number of dollars raised over the 50 thousand mark