Rocanville's Campbell finishes in Top 2 of Battle of the Blades 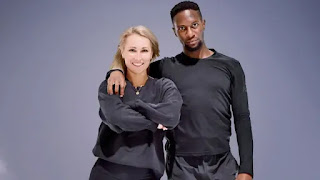 (Photo from CBC Battle of the Blades)

Jessica Campbell, who grew up in both Rocanville and Melville during her youth, traded in her hockey skates for figure skates for the last number of weeks and her talents led her to a top 2 finish on Season 6 of Battle of the Blades that wrapped up last night (Thurs) in Toronto.

Campbell and her competition partner Asher Hill each received $17,500 each for their charities which includes Campbell's charity which was Do It For Daron, which supports education, awareness, and research initiatives at The Royal Ottawa Foundation for Mental Health.

She says all in all it was a great experience to be a part of.

"It was lot of highs and lows, but was an incredible experience to be a part of and I'm happy with how me and my partner Asher did, but more-so about the growth and charity work I was able to along the way."

Campbell, who operates JC Powerskating, says it took a little time to get accustomed to the figure skates.

"It was the toe picks at the start that I had to get used then haven't I stopped falling from that then it was about the landings and able to those on one foot, but it was definitely different than I was used but I think with job as a skating coach helped me."

The 28 year old who retired from the Canadian National Women's Hockey program a few years back after a tremendous run, says the support she received over the last couple months was amazing

"It was pretty inspiring, and I might get choked up talking about this, but the messages I received each week and the social media posts I seen from friends and family, and old coach & teachers you lose touch with as you grew up and seeing they watched each and every week was just awesome."

Former NHLer Wojtek Wolski and Olympic pairs Megan Duhamel capture the event and earned at total of $100,000 for their charities.

Other pairs that competed in the finale included Akim Aliu and Vanessa James & the duo of Carlotta Edwards and Kris Versteeg.

Full audio with Jessica Campbell can be heard below: