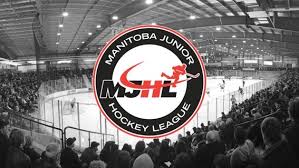 The Manitoba Junior Hockey League (MJHL) announced today that the annual MJHL Draft will move from a U16 Draft (formerly Bantam Draft) to a U17 Draft highlighting players who are going into their 16-year-old season.


As a result, there will be no 2021 MJHL Draft with the current 2006-born draft eligible age-group carrying forward into the inaugural U17 MJHL Draft to be held in the spring of 2022.

Players who will be eligible for the the draft are Manitoba players who are registered to play hockey in Manitoba according to Hockey Manitoba regulations and are in their 16th year.

“Moving the draft eligible age group to a year older will give MJHL organizations the ability to watch players develop for an additional season to allow for a better understanding of that players continued development and potential to play elite junior hockey,” shared MJHL Commissioner, Kevin Saurette.

The MJHL has conducted virtual MJHL Prospect Presentations over the past several months with the 2006 age-group.  These presentations have provided players and families with important information on what it takes to get to junior hockey and the significance of the MJHL being a strong pathway to the WHL, NCAA, U Sports and eventually professional hockey at the highest levels.

The MJHL is also currently in the planning process of including additional development and exposure events for the draft eligible age-group each season.  These events will compliment local league play in showcasing and educating players prior to each annual MJHL Draft.

Please stay tuned for further announcements in the coming weeks.