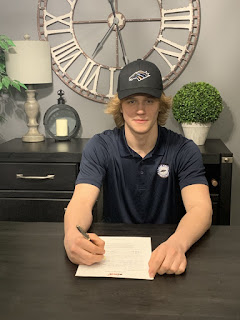 The Swan Valley Stampeders Junior Hockey club is pleased to announce that local boy and Swan River product Trey Sauder has signed a Letter of Intent to join the hockey club for the 2021-22 MJHL season.

"We are excited to add another local product into our line-up, and with Trey he brings tremendous offensive upside and a nack for scoring goals and we are excited for that", Stampeders' Head Coach/GM Barry Wolff said.

Sauder was having a breakout season with the Parkland U18 AAA Rangers where he 7 goals and 4 assists for 11 points in 7 games played this year before the Manitoba U18 AAA Hockey League season was put on pause. 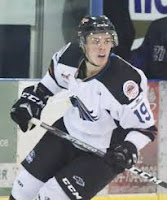 Lanthier, who originally committed Wisconsin-River Falls (NCAA Div III) after his Junior career wrapped up as now decided to join the U Sports' University of Ontario Institute of Technology Ridgebacks.

The Surrey, BC played in 19 career games with the Stampeders scoring 8 times while adding 16 assists for 24 points before his last season of Junior Hockey was shutdown last March. 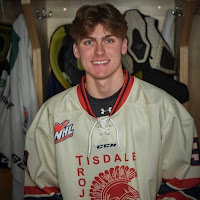 The SJHL's Yorkton Hyundai Terriers have announced their 2nd signing ahead of the 2021/22 season.

The club have signed a letter of intent with 2004-born defenceman Kody Norberg.

The Warman, SK product was the Terriers' 1st round pick, 5th overall in the 2019 SJHL draft, had 1 point in 3 games with the Tisdale Trojans of the Saskatchewan U18 AAA Hockey league before their season was suspended

The Pittsburgh Penguins announced on Tuesday the hiring of Melville Millionaires' alumni Ron Hextall as the team's new general manager.

Hextall spent one year as a net minder with the Millionaires' during the 1980-81 season.

He most recently was the general manager for the Philadelphia Flyers for four seasons from 2014-18.

The Penguins also announced the hiring of long-time NHL executive Brian Burke as the teams' President of Hockey Operatiors.