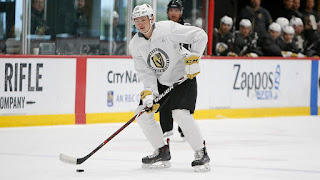 Yorkton product Kaedan Korczak has been added to the taxi-squad of the NHL’s Vegas Golden Knights.

Korczak who has been skating with the AHL’s Henderson Silver Knights will be on hand as an emergency option for the foreseeable future as Alex Pietrangelo is still in on the NHL’s COVID-19 protocol list.

The former Yorkton Mauler had 49 points in 60 games with the WHL’s Kelowna Rockets during the 2019/20 campaign and was a part of Team Canada’s Silver medal winning squad from last months World Junior Hockey Championships.