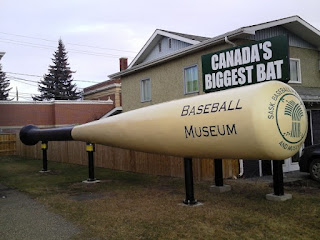 Alexander “Al” Greschuk began his career in baseball at the age of 12 catching for the Hubbard Hurricanes.

From there he excelled at many levels throughout his baseball career.

In 1963, at 20 years of age, playing for the Prince Albert Junior Lions, he pitched a one-hitter against Saskatoon Junior Acmes to win the Northern Saskatchewan Junior Playoffs, qualifying for the provincial playoffs.

Greschuk stated he could not further his baseball career because his arm was never the same after pitching 19 innings in one day when he was 16 years old. He then put his family life first.

Greschuk moved back to Yorkton from Calgary in 1975. In 2000, Al was instrumental in organizing a junior baseball team in Yorkton. As well, he organized the Yorkton Cardinals of the Western Major Baseball League.

Greschuk played twilite baseball for 50 and over, with Spy Hill, when they played in the 1996 World Twilite Tournament in Phoenix, Ariz.

Greschuk volunteers for all sports in Yorkton, and has provided uniforms and jackets for the Junior team and the WMBL Cardinals for 12 years.

Chat with Al Greschuk below: