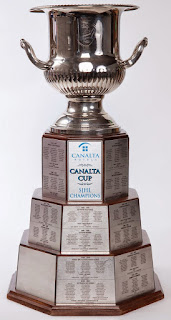 The Melfort Mustangs have gone back to back, winning a second straight SJHL Canalta Cup Championship after a 2-1 win in Game 6 in Flin Flon Sunday night.


After a scoreless first period, the Mustangs were forced to play from behind in a raucous environment, as the Bombers opened the scoring, sending a packed Whitney Forum into a frenzy.  Their leading scorer Alex Smith found the net first at 7:05 of the second period.  Smith finished the playoffs with seven goals and 21 points in 16 games.

Travis Mayan tied it up for Melfort seven minutes later, and it was 1-1 after forty minutes.  It stayed that way until the Mustangs got a late powerplay and Wyatt Hinson buried the winner with just 3:35 left.  Hinson had four goals and 10 points in the regular season, and followed that up with six goals and nine points in the post-season.

The field for the Western Canada Cup is:

Two teams from the Crescent Point Energy Western Canada Cup will advance to the RBC Cup in Lloydminster.

There are 7 former Melville Millionaires/local products on the Mustangs roster: 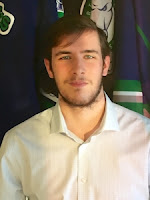 
A member of the Mustangs is former Melville Millionaire and Ochapowace product Kirk Bear who talks about the championship below: