Cameco's Hockey Day in Saskatchewan 2018 is coming to Balcarres 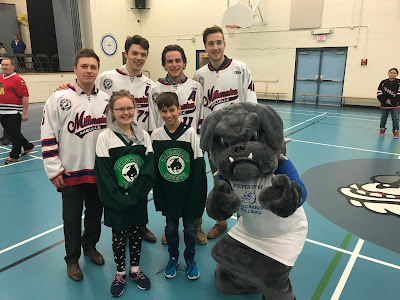 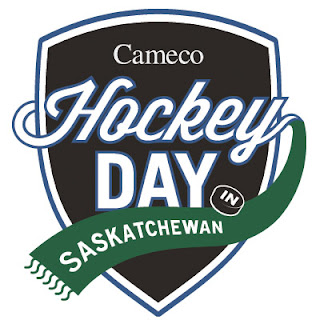 Cameco Hockey Day in Saskatchewan, and all the games and events that go along with it, are coming to the Town of Balcarres.

It will be held on the weekend of January 19th to the 21st.

The occasion gets started on the 19th with a banquet featuring 5-time Stanley Cup Champion, and Hockey Hall of Famer, Grant Fuhr. Tickets for the banquet cost $80 dollars.

On the 20th, there will be an SJHL matchup between the Melville Millionaires and the defending league-champion Battlefords North Stars; the Sask. Female Midget AAA League will be represented with a contest between the Melville Prairie Fire and Swift Current Wildcats; the Sask. Midget AAA Hockey League’s Yorkton Rawtec Maulers and Regina Pat Canadians will square off in the third game scheduled for that day.

Games on the 21st feature All-Stars from the Qu’Appelle Valley Hockey League going up against the Midget AAA Bethune Bulldogs that will compete for the 2018 Allan Cup.

The Saskatoon Westleys and Fort Knox of the Prairie Junior Hockey League will play each other on the 21st as well.

Tickets can be bought at several locations in Balcarres — the Town Office, Broncs Kitchen in the rink, Chatterson Lumber, Pattison Ag and R.W. & Sons Builders.

A weekend pass is $125 dollars, hockey passes are $40, tickets for any hockey game $15 dollars and banquet passes are $80 dollars.

A first time for everything
Cameco’s Director of Communications Jonathan Huntington says this is the very first time the event has been in Balcarres.

Huntington explains how the home-town of the Broncs got to host the event.

“Balcarres applied for the opportunity to have Cameco Hockey Day in Saskatchewan. We had a few communities apply, but Balcarres came forward with the best bid package, the best opportunity to raise money and impact the community, so we were thrilled to choose them.”

“For our little town to have a provincial event like this in our community, everyone’s excited” Geisler said. “It’s one of the things you can take pride in that you can show off your community to the rest of Saskatchewan and show that it’s a hockey hotbed.”

“If you were to look back in the day when it was first built, and what we have now, it’s second-to-none,” Esplin boasted. “The lobby area’s great, you can view on the inside you don’t have to go on the outside into the cold, we have a local restaurant in the rink now which we hadn’t had before.”

He added the improved rink has also helped out in increasing participation in hockey in the town.

With the new bells and whistles comes the cost, as the fundraising goal for this event is $80-thousand dollars to help pay off the recent renovations.