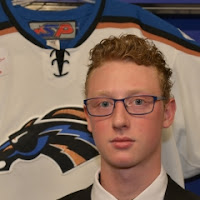 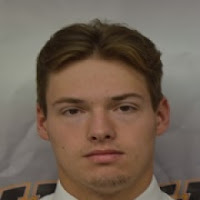 The Swan Valley Stampeders earned their 12th victory of the season on Tuesday night beating the Virden Oil Capitals 4-3 in overtime at Tundra Oil & Gas Place.

After a scoreless 1st period, the Oil Caps would get on the board just 7 seconds into the 2nd period as Kyle Salaway would jam home his 14th goal of the season to make it 1-0. Just 7:45 later, the Stamps would respond as Shane Roulette would take a nice feed in front from Josh Tripp and snap home his 8th of the year to make it 1-1. The Oil Caps would once again respond to regain their 1 goal leas as Dylan Thiessen would find the loose puck and slip home his 9th making it 2-1. But once again the stingy Stampeders would respond as Noah Basarab would notch his 10th goal to even the score at 2-2. Then before the 2nd period buzzer could go off the Stamps would grab their first lead as a loose puck would trickle to Trevar Mann who would then find Josh Tripp in the high-slot and he would one time home his 6th of the year to give the visiting Stampeders a 3-2 lead after 40 minutes.

It would stay even til the Oil Caps would get a late powerplay in the 3rd and convert. Ethan Peterson couldn't get back in position in time before Tyler Kirkup was able to slip in his 16th of the season to tie the score at 3-3 to force overtime.

In the extra period the Stamps would get an early powerplay and they would make no mistake. Lane Kirk would walk in from his left point position and through traffic, wrist in his 2nd of the season to give his club the extra point.

Park River, ND product Ethan Peterson making his 1st start with the Stampeders would make 48 saves on 51 shots to earn his 1st MJHL win while Dalton Dosch made 21 saves in the losing cause.

The Stamps' next game will be on Saturday night when they visit the Wayway Wolverines while the Oil Capitals go right back at it on Wednesday night visiting the defending champion Portage Terriers.

Grady Hobbs scored twice to lead the Dauphin Kings to a 4-2 win over the OCN Blizzard.

Troy Gerein had the OT winner as the Battlefords North Stars slipped by the Humboldt Broncos 3-2.

Justen Close made 30 saves for his 2nd shutout to lead the Kindersley Klippers defeated the Notre Dame Hounds 3-0.