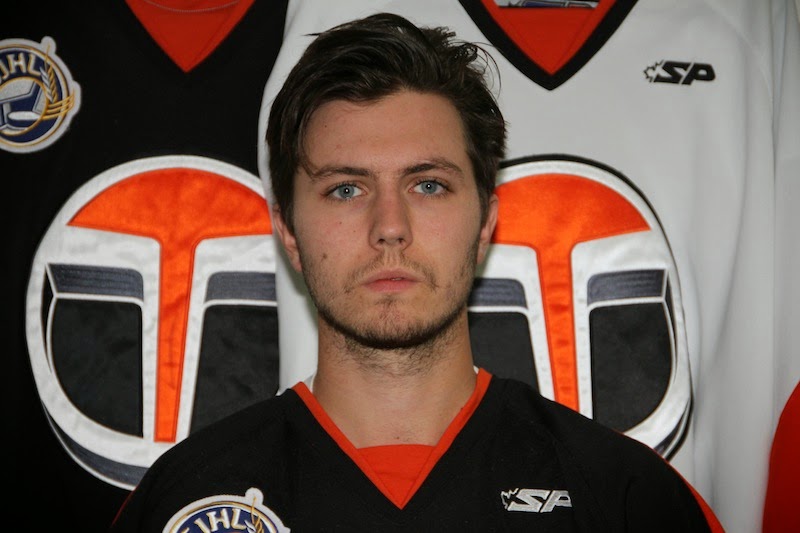 The Yorkton Terriers are now a win away from repeating as Canalta Cup Champions as they defeated the Melville Millionaires 3-1 on Monday night, to take a 3 games to none lead in the Best of 7 Canalta Cup Final.

In the first, the Mils would come out with their best 5 minutes of the series as they quickly get out to a 5-1 shot advantage in the game and controlled much of the play. And then Allan Kilback would be sent to the dressing after being assessed a checking from behind penalty and the momentum would shift from there as the Terriers would control most of the rest of the 1st period out shooting the Mils 14-6 in a scoreless 1st period.

The Terriers would continue on their strong play to start period number 2 as they would pepper Isaiah Plett with shot after shot and finally they would be able to break through as Derek Falloon would walk around Plett and slip it past him for his 3rd goal of the playoffs to give the Terriers a 1-0 lead. The Mils would respond though just 2:43 later as Ben Mack would walk across the blue line and wrist a shot over top the left pad of Kale Thomson for his 1st of the postseason to tie it up at 1-1. It would stay like that until 1:13 left in the middle frame when Tyler Giebel (pictured above) would deflect home a Tanner Lischynsky point shot past the Mils net minder for his 3rd of the playoffs to give the Terriers a 2-1 lead after 40 minutes of play.

In the 3rd the Terriers would play some best defensive hockey they've played all season long, only allowing 8 Millionaire shots, none of them that much quality at all. Giebel would ice it with 18 seconds left into the empty net for his 2nd of the night to give the Terriers a 3-1 Game 3 win on home ice.

Kale Thomson stopped 20 shots for his 11th win of the playoffs, while Isaiah Plett was once again the Mils best player on the ice stopping 39 shots in a losing cause.

The Terriers will try and capture their 2nd straight Canalta Cup Title, while the Mils look to stave off elmination in Game 4 on Wednesday night at the HCUC. Pregame 7:15, pxp at 7:30 with Yorkton Dodge Junior Hockey on GX94.