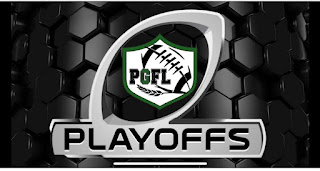 The inaugural champion of the Prairie Girls Football League will be crowned this Sunday in Moosomin when the hometown Generals host the Yorkton Lady Gridders in the league's first ever championship game.

The Generals advanced on after a 25-6 semi-final win over the Melville Vipers, while the Lady Gridders advanced to the final after a 20-12 win over the Regina Victoria's in last Sunday's Semi-Final.

"It was a back and forth game, with each team having leads at different points in the game, but we were able to dig deep late and come out on top," Lady Gridder Head Coach Tyrel McLean said.

This is the first year of existence for the PGFL which includes teams in Melville, Yorkton, Regina, Moosomin and Estevan, and McLean said to win the first ever title would be special.

"The girls are excited, Moosomin's a good team, they play a power run game which we are preparing for and if we play like we can and handle the weather conditions well, we should come out on top."

Kick-off from Moosomin on Sunday will be at 1PM.

The Melville Vipers and Regina Victoria's will also play on Halloween Sunday at 12 Noon in a third place game.

More details on the PGFL can be found on their website at https://leagues.teamlinkt.com/prairiegirlsfootballleague?fbclid=IwAR2Fyc7mjnmLkuxxmmDpyYV0FFDFlZafVLUzHlYA801T406w6erEsjLUkCY